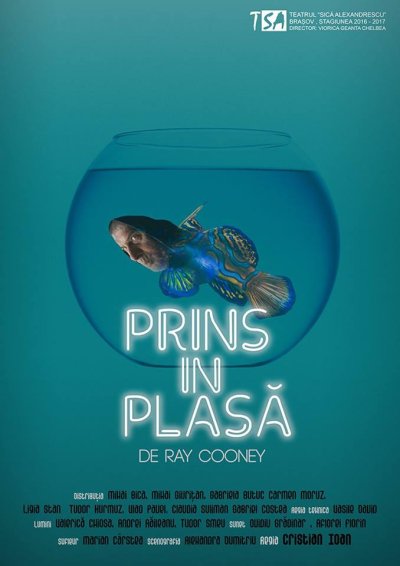 Caught in the net

The Brintanians are known for their humor, but it seems that writer Ray Cooney has managed to capture the infidelity of a man with very sparkling humor. The comedy is about a taxi driver in London, John Smith, bigamous, who leads two lives and has a very precise program to juggle with the two wives, a wife in Streatham’s house and another wife in Wimbledon.

Ray Cooney is one of the most acclaimed boulevard comedy creators, who creates his heroes and the hypostases in which he puts them with the precision and detail of a watchmaker. Each character has a foolish yet tragic fate. The play “Caught in the Net” has an alert rhythm, everything runs between lies and deception, impossible situations with comic effect, crazy scenes to which you can’t possibly figure out an ending.

Two hours, the audience will have the opportunity to forget about their small or big problems. They should come because it is healthy and beneficial for any man to laugh out loud. It’s not a show we take the UNITER prize, but it’s a show that will be greatly taken in by the audience, and if it’s well managed by the theater, it will be played for years! I put this show in Nitra, a city in Slovakia, in a big theater, and they played it 178 times! The Little Theater in Bucharest where we staged “The Bigamous” played for 10 years! “, Says director Cristian Ioan.

“Bright? It is more than that, it is a triumph. The clever construction of the structure of the play, the imaginative joy, the possibilities of comic action … put this show in the top this dramaturgy genre. That’s a hoax! “Wrote Daily Telegraph.