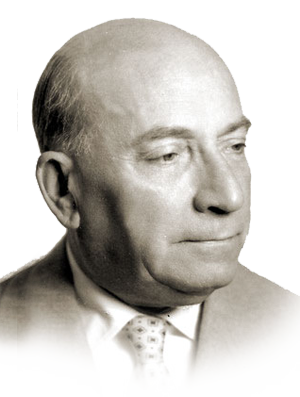 December the 3rd, 1946 marks the official date the theatre was established in Brasov, under the direction of Florin Eliade. In the opening of the season, the comedy “Servant to Two Masters” by Carlo Goldoni was played at the “Astra” Hall by N. Clinciu, N. Cristea, Gh. Banu, Ana Baicu, Elisabeta Iovan, P. Petrovici, N. Moldoveanu, I. Feldioreanu, A. Roman, Constantin Sassu and Andrei Armancu.
In 1948, the experienced director Puiu Maximilian (the father of the journalist, Maxim Magazine) is named chairman at the theatre . On March 7, 1948, the gala premiere of “Deep Roots,” by James Gow and Arnaud D’Usseau, directed by Puiu Maximilian, took place. The season ended on May 30, with the show “I Was Born yesterday” by Orson and Kanin, directed by the same Puiu Maximilian. The cast included: Emil Siritinovici, Elisabeta Iovan, Mia Steriade, Andrei Armancu, Constantin Sassu, Ana Baicu.

On May 14, 1949, the People’s Theater changed its name to the Brasov State Theater. In September of the same year, the direction/lead is taken over by Nela Stroescu (person with no experience in the field who later becomes/became an activist in the Ministry of Culture). At the end of the Puiu Maximilian director’s line-up, there were new names, of which three would end up building a career in Brasov: Vévé Cigalia, Cotty Hociung and Mişu Fotino (the father of the actor Matei Mișu Fotino, who spent his childhood and adolescent years in Brasov, playing form a very young age on the stage of the theatre sometimes even with his father).

On June 7, 1994, the Dramatic Theater changed its name to “Sică Alexandrescu” Theater.

Sică Alexandrescu ( August 15, 1896, Bucharest – August 6, 1973, Cannes, France) was a director formed at the realistic school of Paul Gusty. He is said to have directed at a time when we do not have a theater directing school. However, he offered the audience (in the 40’s of the last century) memorable performances with extraordinary casting, in which even the small parts were played by great actors : Gorki’s “Night Cossack” with Tony Bulandra, George Vraca, Jules Cazaban, Dina and Tantea Cocea, Beat Fredanov, “Thrillers” by Schiller with George Vraca, Mihai Popescu, Dina Cocea, Fory Eterle, Ion Iancovescu, “A stormy night” by Caragiale with Alexandru Giugaru, Florica Demion, Leny Caler, Ion Iancovescu, G. Timica, Silvia Dumitrescu-Timica.

He shaped actors (G. Vasiliu-Birlic, among others) and directors, he started playwrights (Mihail Sebastian, for example). In Brasov he set up memorable plays such as: “Sunset” (1967), “Little Hell” (1969), “Gaitele” and “A Stormy Night”, “Conu Leonida”.

QUOTES ABOUT ALEXANDRESCU
Radu Beligan: “Sică Alexandrescu woke up in the early hours of the morning and until late at night he did not eat, drink, and dream anything but theatre. Theatre was a necessity for him as obsessive as hunger, thirst, or love. He was born in the theatre, lived in the theatre and died with his hand on the pen, working on the staging of the play for the opening of  the new hall of the National Theater in Bucharest ”
Virginia Itta Marcu: “Sica Alexandrescu had an extraordinary logic, everything was logically motivated. He was on the line of those I had learned at Finti (n.r. – Alexandru Finti, director and actor, professor at the Institute of Theater and Cinematography in Bucharest). Very meticulous. And he knew the poets, he knew how to make them worth them. Going on the experience, the truth, not so, unmotivated. But it was an ace of jokes. An ace“. 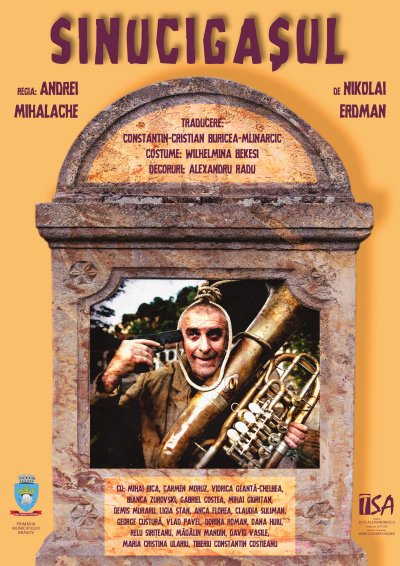